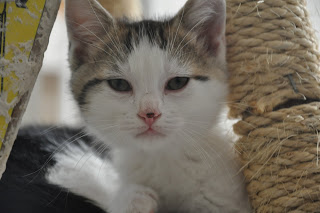 I know, not more pictures of Jack and Jill!  However, Jill is now Ben, and this is for Madeline, their soon-to-be mom.  It's so hard NOT to take pictures of them when they're so darn cute and photogenic.  I promise, this will be the last pictures of them until their adoption-day picture with Madeline.

Jack and Ben are on the ladder cat tree the scout troop made.  It's become a favorite with everybody. 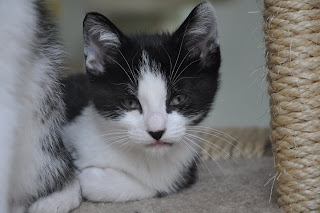 John took ten pictures, but I controlled myself and only used four.  Ben was ready for his photo shoot. 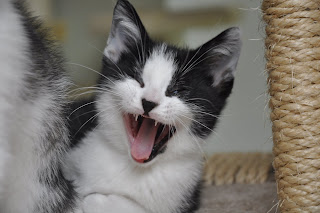 Well, maybe not all that ready.  Must be nap time. 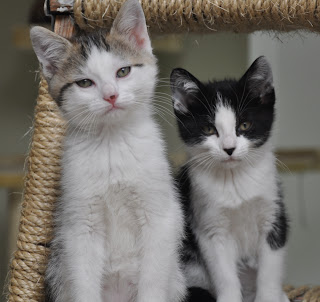 How's this for a Kodak moment?  Jack is not a lot bigger than Ben.  It just looks that way with him being slightly closer to the camera and in front of Ben.  The boys will be going home this coming weekend.
Posted by Barb's Cats and Quilts at 8:56 PM