Sauted Mushrooms and Dreamcicles, But Not Together 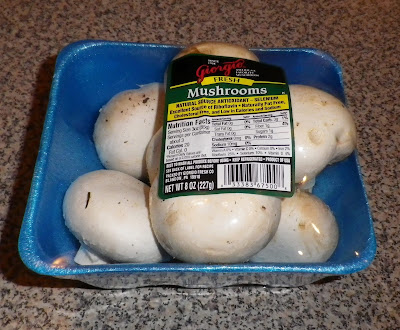 More mushrooms today, but of the edible variety, this time.  I was hungry for sauted mushrooms ever since I found the giant ones growing in our yard last week.  And, yes, they were poisonous.  I bought two 8 oz packages of real mushrooms at the store and used one tonight.  I fixed these a little differently than usual, and they were awesome.  Not that my usual ones aren't, but these rocked.

I started pulling things from the fridge and announce to John I was playing "Top Chef".  For those non-foodies, it's a program on the Food Channel where cooks and chefs compete week after week to be the Top Chef.  They're given odd ingredients and have to make a dish using them. 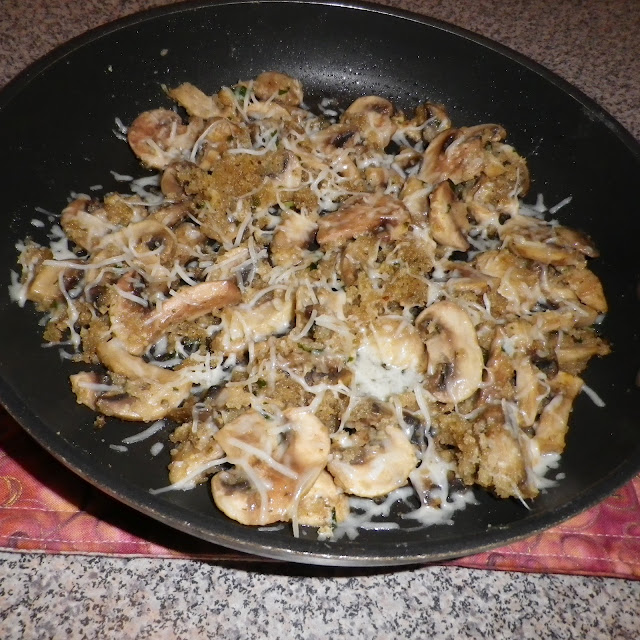 Besides the mushrooms, I found a package of fresh basil, some grated Asiago cheese, bacon grease and some leftover garlic butter.  Sliced and sauted the mushrooms in the garlic butter and some bacon grease - can't go wrong so far.  Chopped up two leaves of basil and added it.  Threw in two handfuls of Panko bread crumbs and some grated Parmesan cheese.  Yes, I like the Kraft stuff that looks like powder.  Mixed it all together and let it cook some more, stirring often.  When the mushrooms were getting soft, I sprinkled on some fresh Asiago cheese, turned the burner off and put the lid on.  OMG!  I hadn't intended to do another mushroom blog, but this was so pretty, I ran for the camera.   And it tasted even better.  There's no specific amounts.  Use what you like, in quantities you like. This is what was in the fridge.

Four friends, Holly, Kathy, Mary, Terry and I have been getting together for lunch at each other's house twice a month for 23 years.  It was my turn yesterday, and I had made comfort food - two meatloaves, so we would have leftovers for days, broccoli, and skillet potatoes.

For dessert I served dreamcicle floats.  Another OMG!  I don't have a picture of them, because the ice cream is all gone.  However, I think most of you can follow this.  Put some half melted vanilla ice cream in a tall glass  and pour some orange soda over it.  Mix slightly and suck, drink, or spoon it down.  That's it.  Takes me back to my childhood and the Dreamcicles on a stick that were very popular in the '50's and '60's.  I don't even know if they still make them. 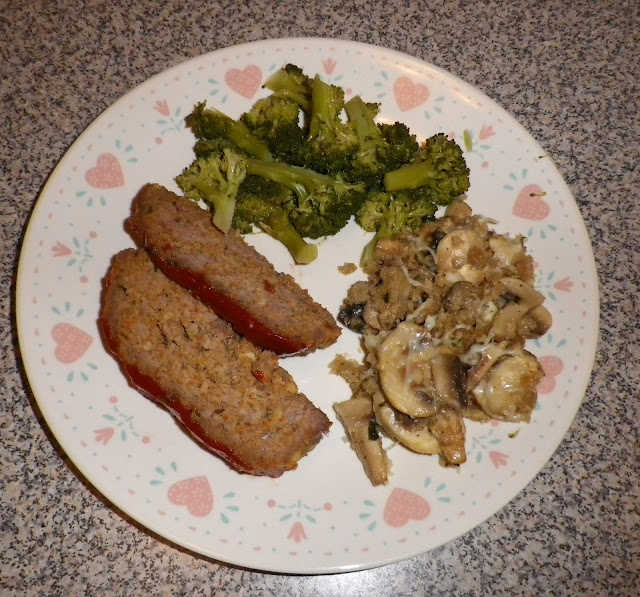 This was our most excellent dinner tonight. No artistic staging, no linen tablecloth.  Just really good food. 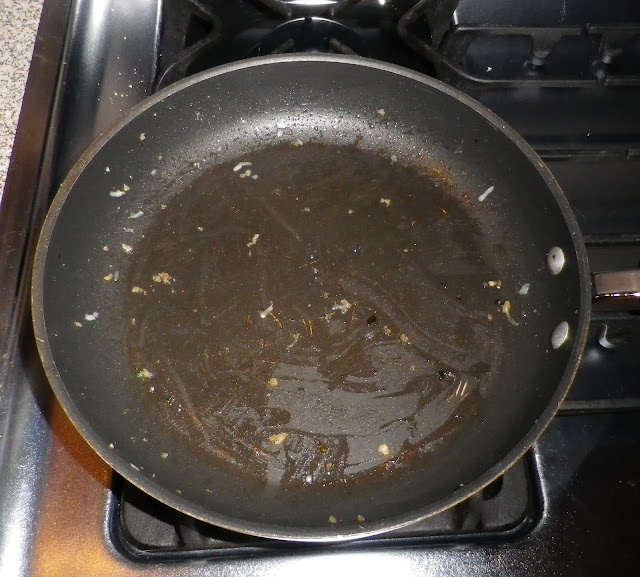 And, this is all that was left from the pan of mushrooms.  Yes, we ate the whole thing.  I'm not going to blame it all on John, either.  I did my fair share.