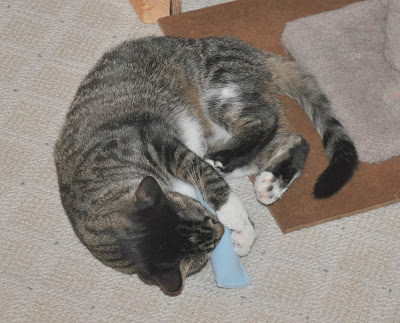 I had some fleece left over from a project and got a brainstorm to make catnip cat toys.  They were definitely a hit.  Twenty percent of cats aren't affected by catnip, and a couple of my guys weren't interested.  But the ones who were, were really interested.  No fights or anything, but they were zoning out. Directions at the bottom. 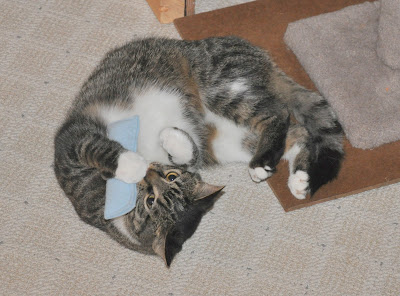 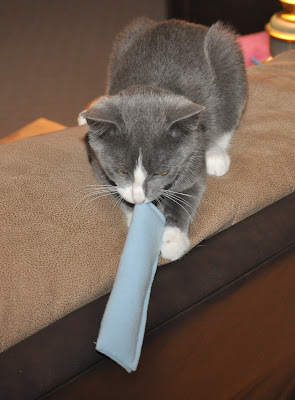 Little Cary Grant before he got adopted.  Boy, I miss him.  He was my buddy and shadow.  My biggest problem was not stepping on him.  He was just so sweet and cuddly. 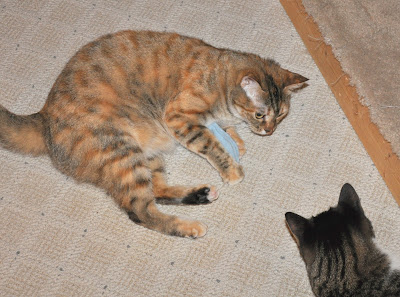 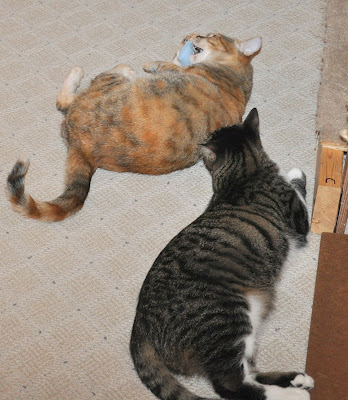 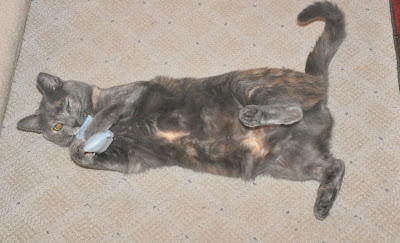 Even Sweet Bridgette says, "Don't even think about it!"

I made a bunch of these after Christmas and gave them to friends.  They're fleece filled with batting and catnip.  I literally cut and sewed one in seven minutes or less. 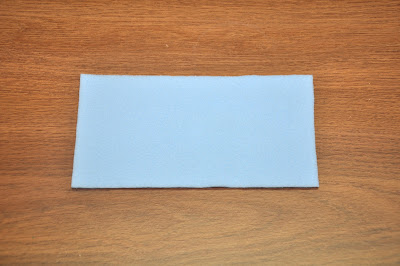 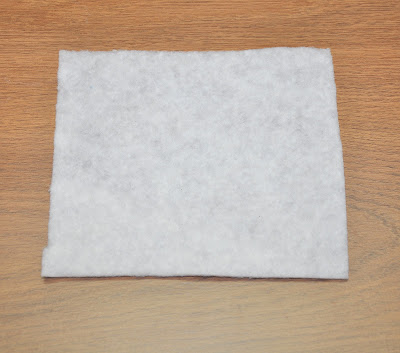 Batting cut about 5"  x  just under 6" so it's slightly shorter than the fleece. 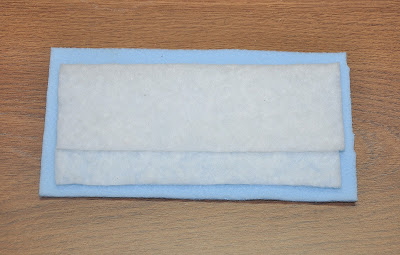 Fold the batting to fit inside the edge of  the fleece.  Wider batting will make it fatter.  This is just what I had. 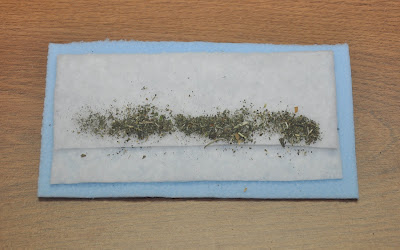 Catnip looks like oregano and both are members of the mint family.  I only had one little bag of catnip and used about half a teaspoon.  If I'd had more, I would have used a teaspoon or two. 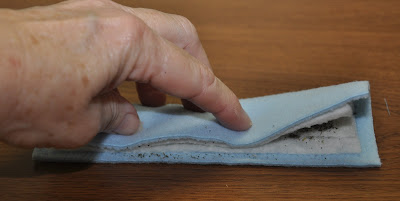 Fold the top down to meet the bottom, and sew around the three raw edges. Fleece doesn't ravel, so no need to turn edges under. 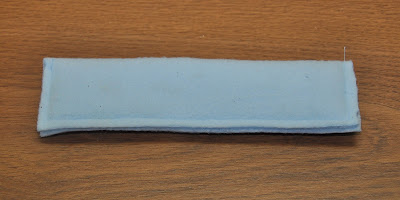 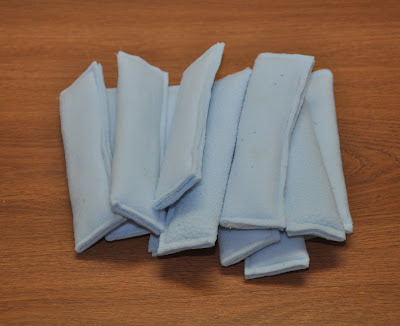 These can be made any size or shape.  Longer, shorter, fatter, paw-shaped, bone-shaped, round - whatever.   Since there's no turning right side out, you can cut two of any shape you want, cut a couple pieces of batting slightly smaller, and sew around the edge.
Posted by Barb's Cats and Quilts at 9:34 PM