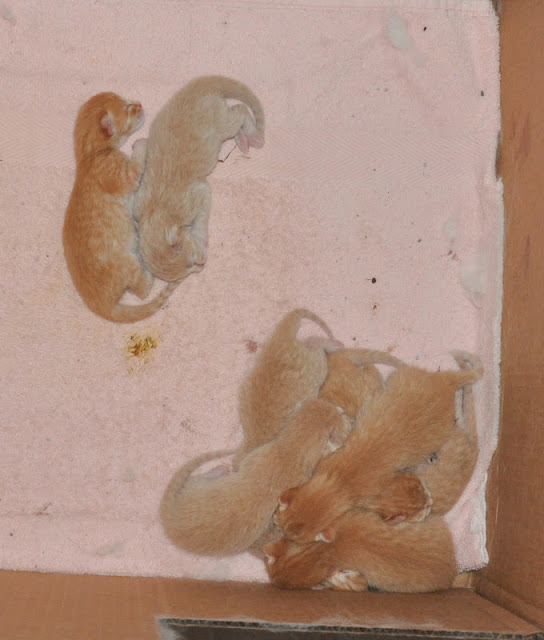 Elsa was out of her box this morning laying on the floor.  Her babies were in two piles. 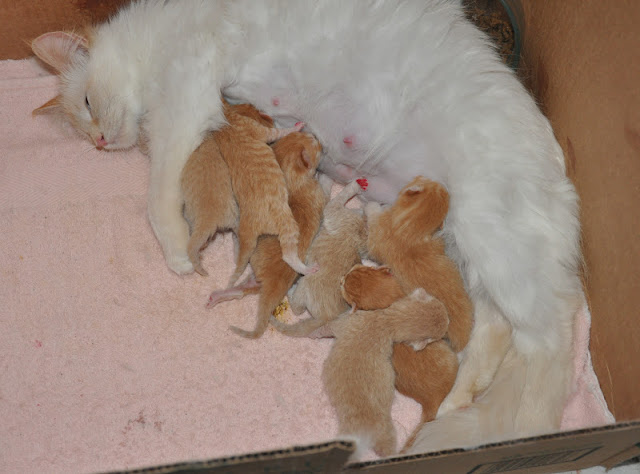 She hopped in the box, layed down, and all the babies swarmed to her for breakfast.  No, that's not blood on the kitten's feet.  Keep reading. 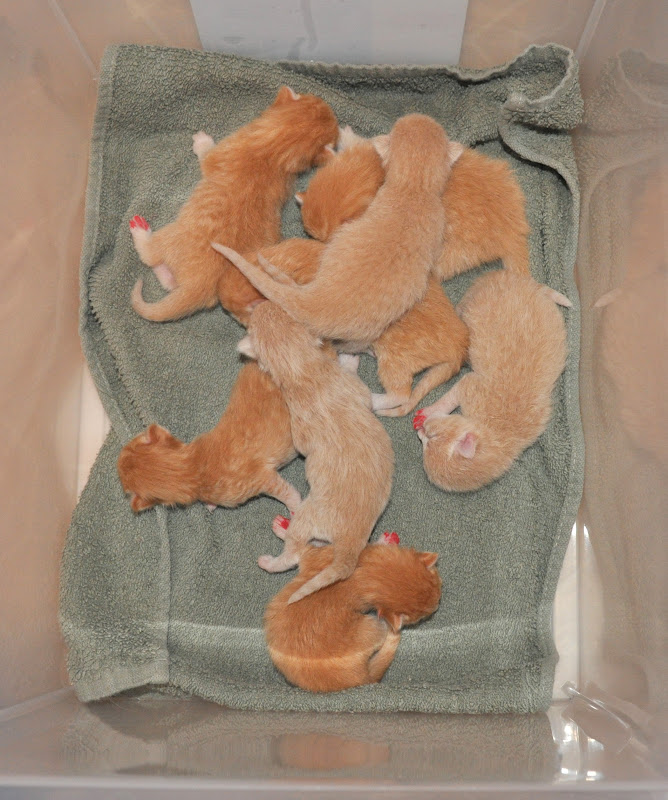 An hour later when everyone was napping and Elsa was out of the box again, I put all the kittens in a tub and changed the towel in the box.  Two days is about the longest I can leave the towel in.  Kittens start peeing and pooping from the first day.  Mom does her best to clean it up, but she doesn't get all of it.  As they get older, the towel will need to be changed daily. 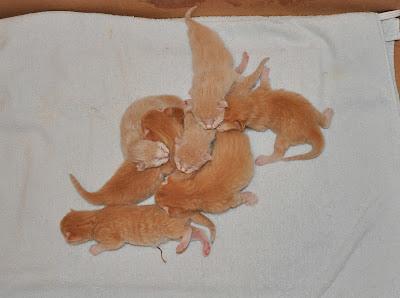 The next five photos were taken in less than 30 seconds.  I snapped one about every five seconds to see how they moved around.  The pictures are in order.

In the past post, I made and took off colored Velcro collars for identification.  Last night I remembered that on Minnie's litter, I painted different paws with fingernail polish.  One kitten would have red polish on his front left paw.  Another one had it on his front right paw.  After the first four kittens had one paw each painted, I could do the two front paw, the two back paws, the two left paws and the two right paws.  That's eight kittens. 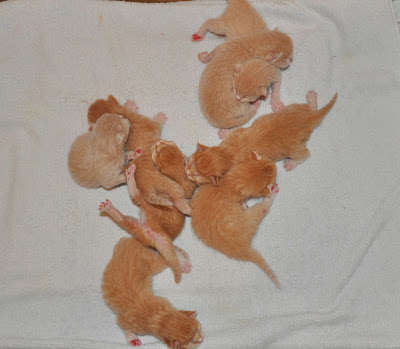 The polish dries pretty quickly - within a minute or so.  The hard part was keeping Elsa from jumping up on my legs and taking the kittens out of my hands and putting them back in the box.  She did this about half a dozen times.

The kittens were crying and didn't like me blowing on the polish to get it to dry faster.  And Mom didn't like them crying at all.  But, I eventually got all eight kittens polished, recorded, and weighed.  Whew!  I feel better, now. 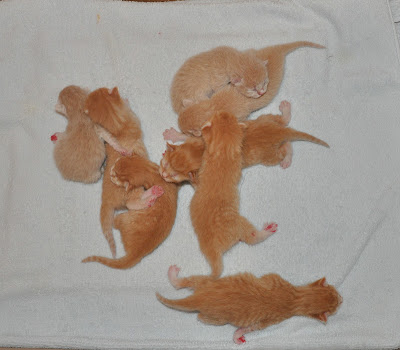 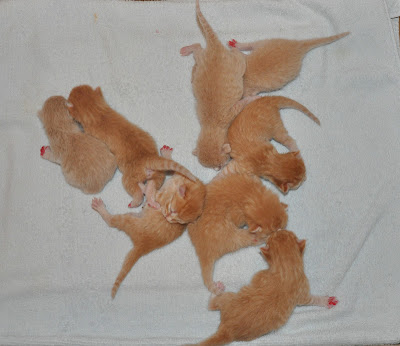 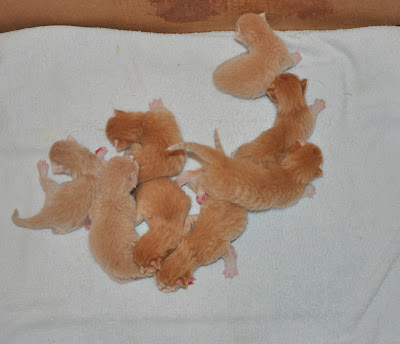 I think this is the same wavy-haired buff from two days ago.  He's now "Front Right."  FR for short.  He will double his size in the first week. 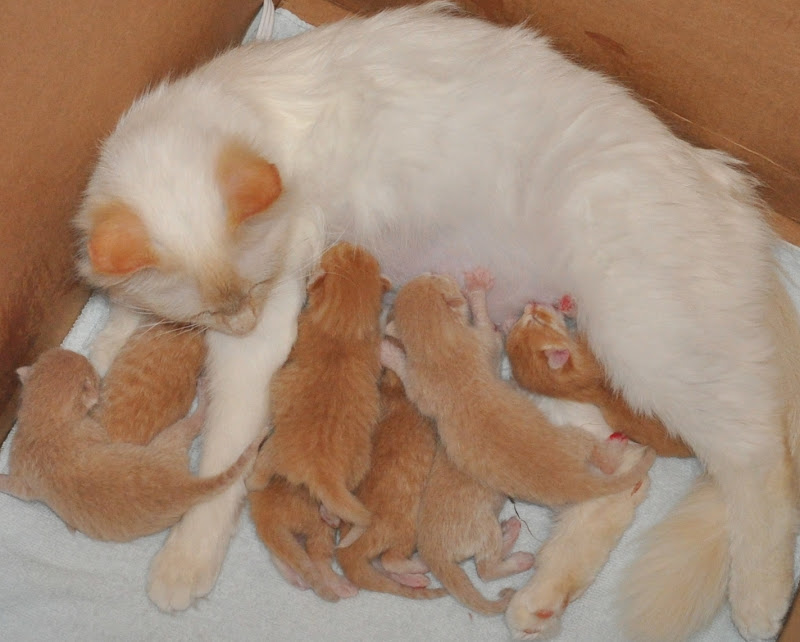 Clean Elsa, a clean towel, and full bellies for everybody.  I do give about half the kittens a little formula about four times a day.  Mom gets some, too in a bowl, plus canned, plus dry, plus more canned.  She needs three times her regular amount of food every day while she's nursing.

I can tell they've grown so  much in just three days.  To paraphrase Chief Brody in Jaws, I'm gonna need a bigger box.
Posted by Barb's Cats and Quilts at 11:37 AM