Bridgette doesn't get enough attention on the blog, so I'm featuring her today.  She's about a year and a half old and was rescued by a lady, Nita, who found her behind a store eating out of the dumpster.  She managed to trap Bridgette, have her spayed and vaccinated, and was going to return her to her habitat, but couldn't.  Bridgette was too beautiful, so Nita put her in a spare bathroom for a while to get her used to being in a house.  Well, there was a little hole in the wall, which Bridgette, being bored, made into a bigger hole and thought she'd found her escape route.  She spent days and days in the wall, coming out at night to eat and use the litter box.  Nita contacted Heartland, and when she finally managed to trap her again, brought her to my house.  For the first couple weeks she stayed under the end of the bed.   She couldn't get under the bed because it's boarded up.  I'd let the quilt hang down to the floor to give her a place to hide and get used to a house. 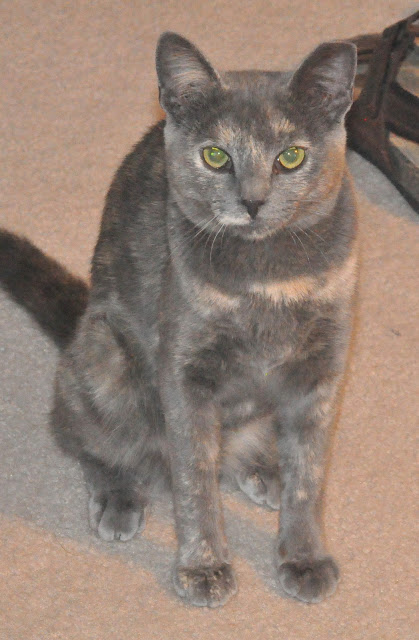 Bridgette eventually warmed up to me and within a few weeks was laying on the bed and wandering around the room.

She's a beautiful gray and tan tortie.  The tip of her left ear was nipped off during her spay as a universal sign that a feral cat has been spayed or neutered. 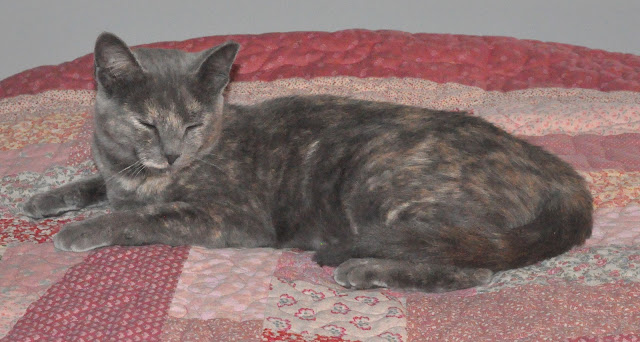 I got Bridgette in the middle of a heat wave the end of July '11.  She quickly adapted to air conditioning, a soft bed, and food she didn't have to get out of a dumpster. 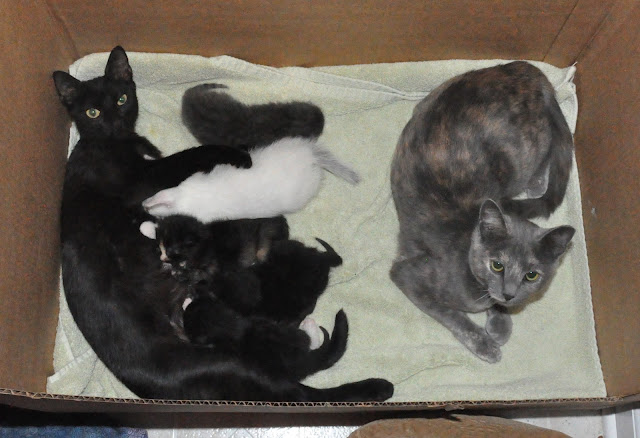 I then got a pregnant cat, Delcy, who was put in the nursery closet in Bridgette's bedroom.  The two girls had been pawing each other under the door and whining, so after the kittens were born, I opened the closet door and let Delcy and Bridgette meet.  They soon became inseparable, and Bridgette was a regular in the birthing box just laying next to Delcy and the kittens.  The white kitten isn't Delcy's, but an orphan I took in.  Delcy graciously adopted him. 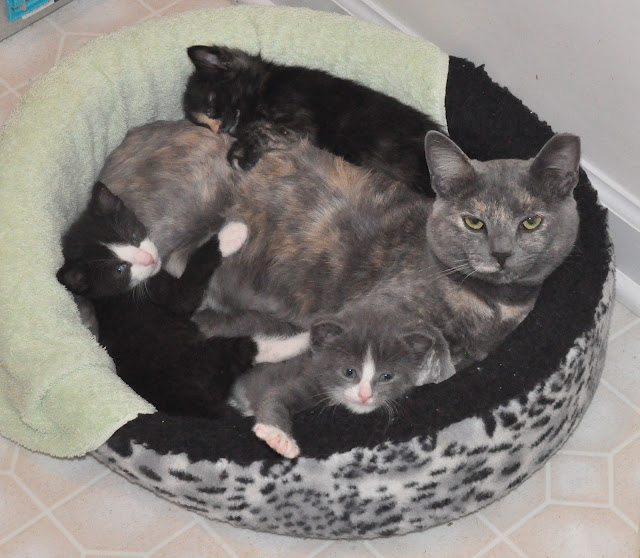 I know you've all seen this photo before, but it's one of my all-time favorites, and I had to post it again.  All the kittens have been adopted. 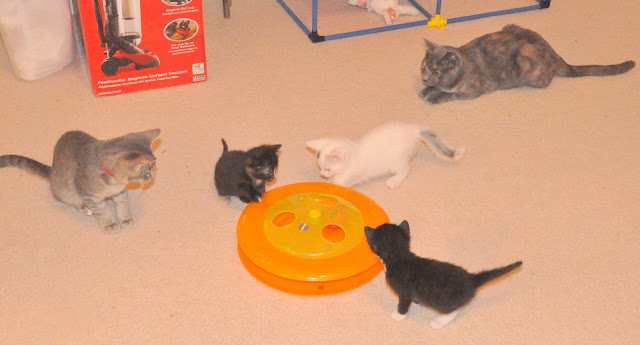 Bridgette is in the upper right corner supervising the track-ball play after the kittens were old enough to be let out in the bedroom. 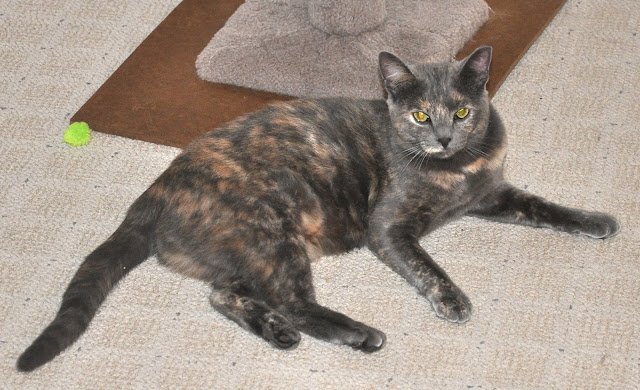 Bridgette was soon let out into the house and got along with all the other cats. 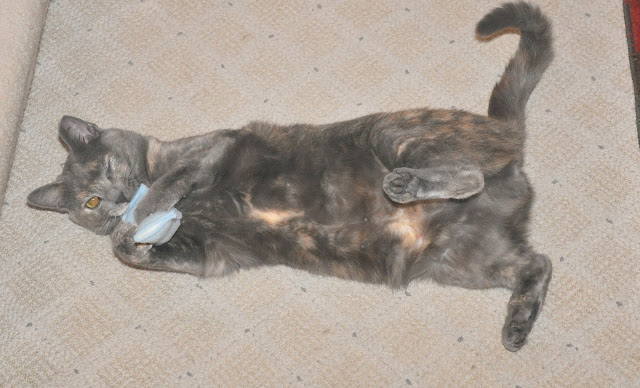 Bridgette is still just a little shy, but she is constantly winding in and out of my legs no matter where I am.  She's getting more used to me holding her, but would rather be on the floor.  I try to give her some treats of people food, but the other cats are faster than she is and barge in to take it.  I know Bridgette would blossom once she was in her own home without all the other cats.  If you have patience, a quiet house, and are thinking about adopting a cat, please consider Bridgette.  She will make an awesome pet.
Posted by Barb's Cats and Quilts at 12:16 AM