After promising myself I wouldn't take in any more fosters until I had adopted out five or so, I got another call from Erin, the animal control officer at the Warrenton Animal Shelter.  Could I take an 8-month-old long-haired black and white female kitten named Snooki.  She was trapped in back of a store eating out of the dumpster.  As soon as she said "black", I wanted to pass (I already have five black fosters), but I heard the words, "Yeah, I can take her" come out of my mouth, as I had a visual of this feral cat and her living conditions.  And I was definitely changing the name. 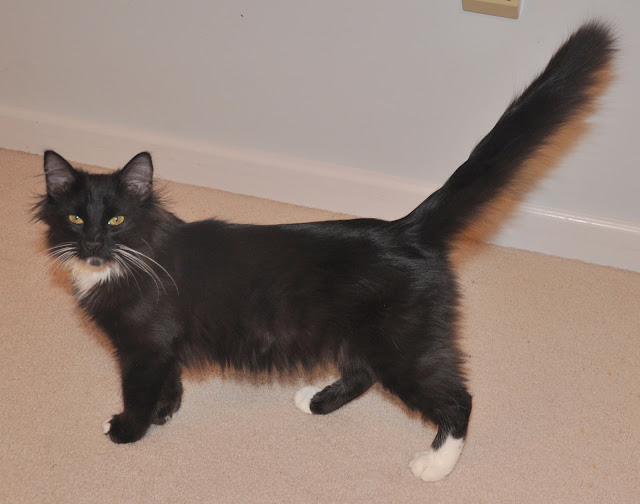 I picked her up on Thursday, and she was beautiful with very fine, silky fur.  I took her directly to the vet.  She was negative for feline leukemia and aids and had a negative fecal.  No fleas, ears were clean, and no runny eyes.  A picture of health!  Yeah!  However......Snooki was a boy, with all his equipment.  I had to call Erin and kid her about it, and tell her Snooki was now Scooter.  He gets neutered on Wednesday.

I put him in the nursery closet for a few days until I knew he was using the litter box, which he went right over to and used.  I also didn't know how feral or friendly he was, but he came right over, rubbed on me, let me pet him and pick him up.  This was definitely not a feral cat.  I was sure he hadn't been outside long and was someone's pet, but nobody had called Animal Control looking for him in two weeks.  Their loss.  What a sweetie.  I let him out into the bedroom an hour later. 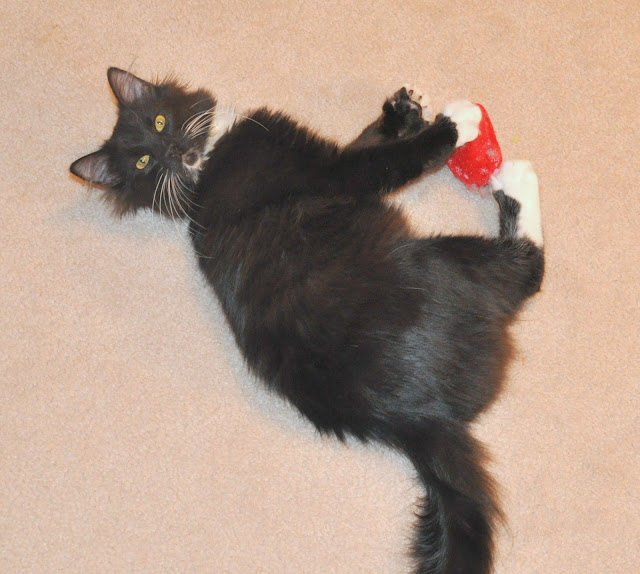 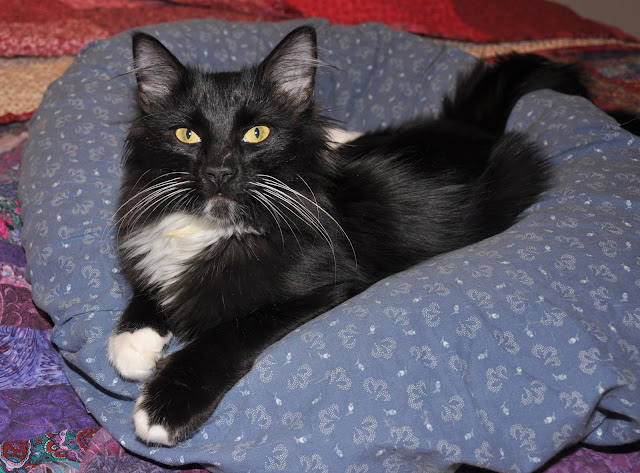 He has a light gray outline of a soul patch on his chin and is a medium-haired black tuxedo with four white paws, long white whiskers and cute white hairs in his ears.  I have to keep him quarantined for 10 days, but I think I'll be able to let him out in the house very soon.  He'll be available for adoption in a couple weeks. 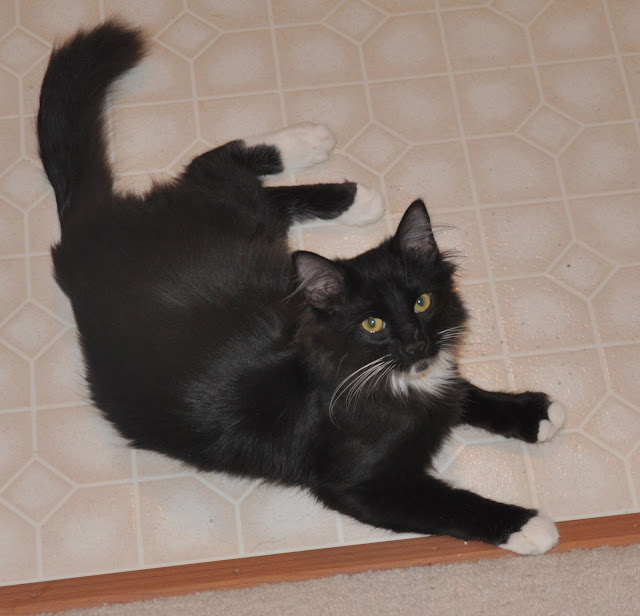 Scooter quickly made himself at home.
Posted by Barb's Cats and Quilts at 12:05 AM