All my friends know I keep late hours and sleep late in the morning.  So, when Cheri called at 8am this morning, I knew it wasn't to say hello.  A lady found a kitten in her yard and instead of waiting for the mom to come back for it, she took it to one of our vets - who called Cheri - who called me.  I picked the kitten up, brought her home (she screamed whined the whole time in the car), and put her in with Brenna, who had the least number of kittens nursing on her.  Brenna wasn't smitten at first, but did accept the new girl, who was very hungry. 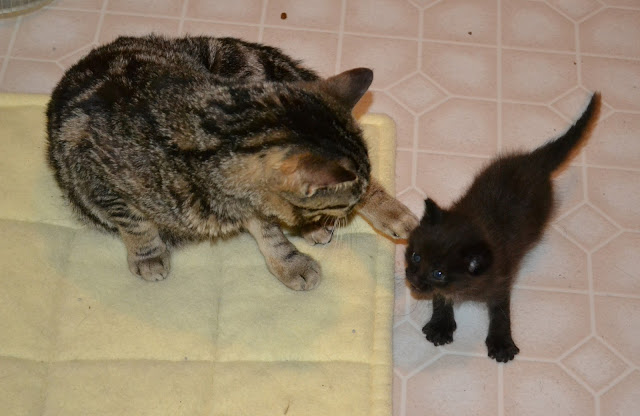 Where'd you come from? 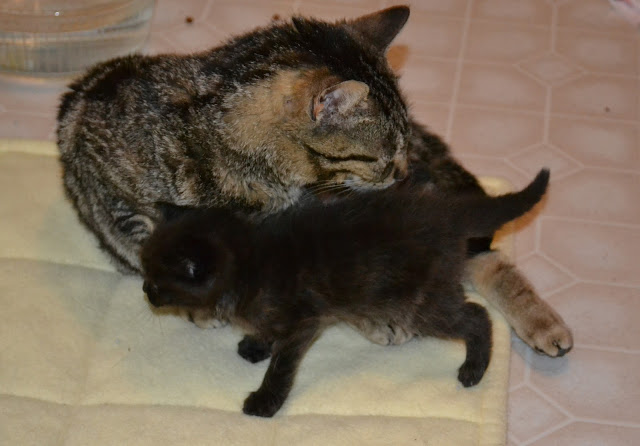 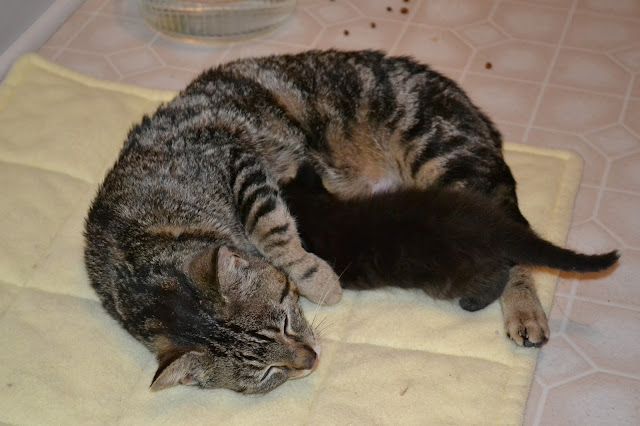 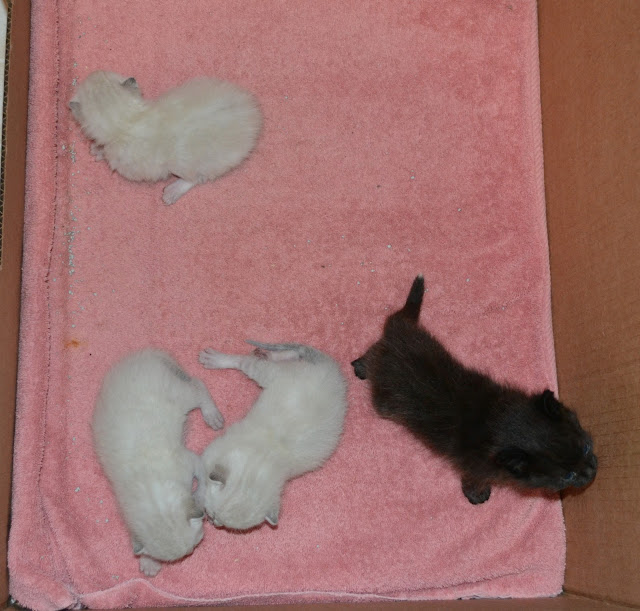 Which one of these is not like the other? 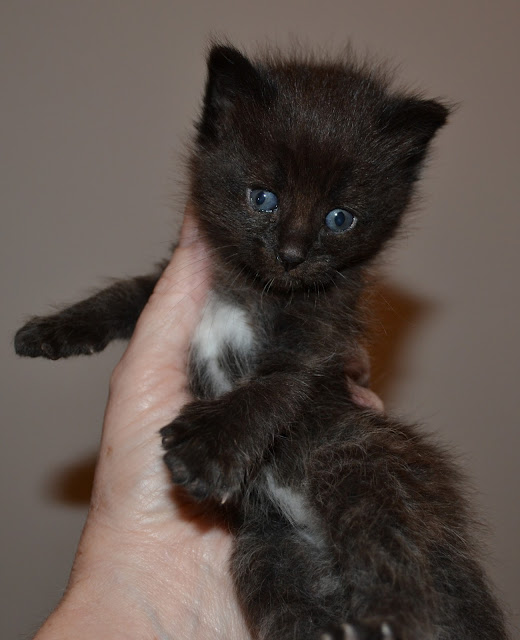 Isn't she just adorable.  She's not solid black, but has white hairs and dark brown mixed in, as well as white patches on her tummy.  She's more of a dark chocolate color. 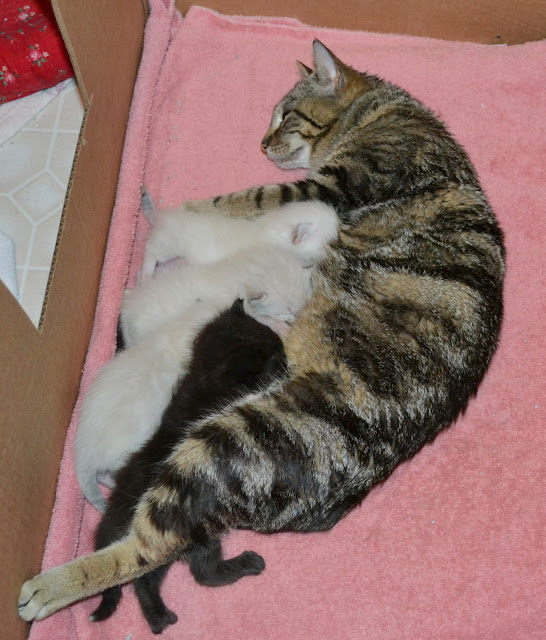 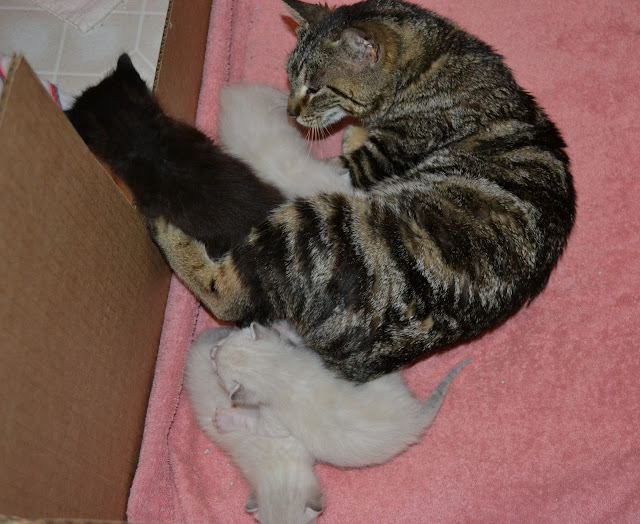 Although she weighs the same as the middle white kitten, she's at least a week to two weeks older.  She had no problem getting out of the box and wandered the nursery like she owned the place.  She was quite pushy towards Brenna, too, demanding she be fed, NOW. 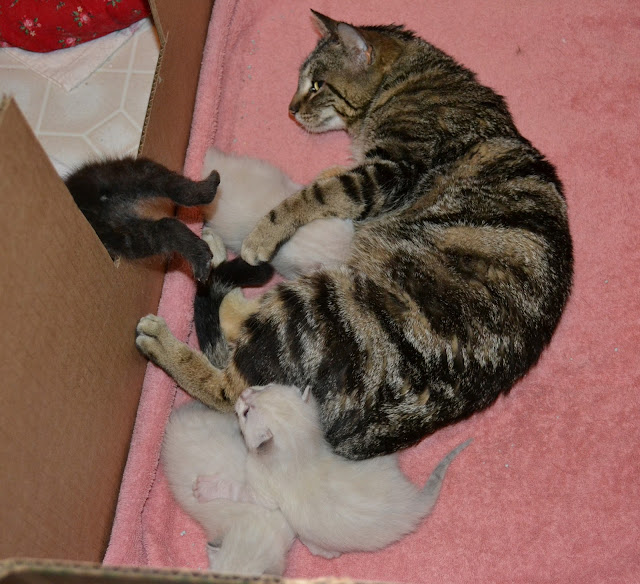 I put her back in the box before I left the room, but I'm sure she got out, again.  Brenna spends considerable time outside the box, so I'm also sure the new baby is getting fed.  And she can get back in the box by herself, too.  She's like an old kitten in a little kitten's body. 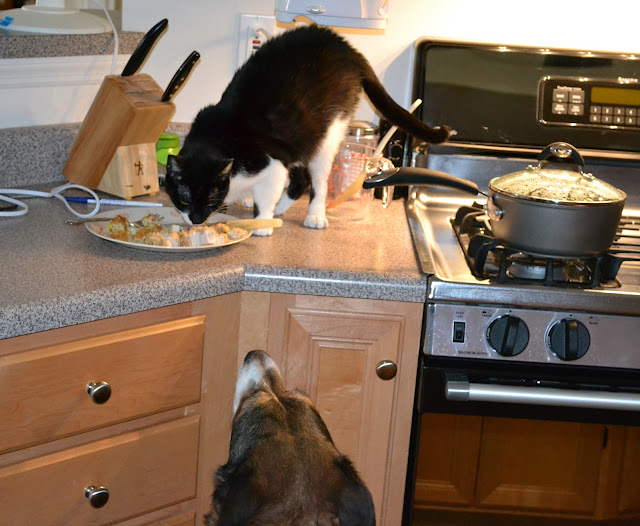 After taking all the above pictures, I fixed myself some dinner, turned my back for a second to put stuff back in the fridge, and Macy, my favorite foster cat, thought my Parmesan-crusted chicken and risotto smelled very good.  Lucy thought it smelled good, too.  Macy got one piece of chicken, I got the rest, and poor Lucy got none.