Sasha and Her Kittens 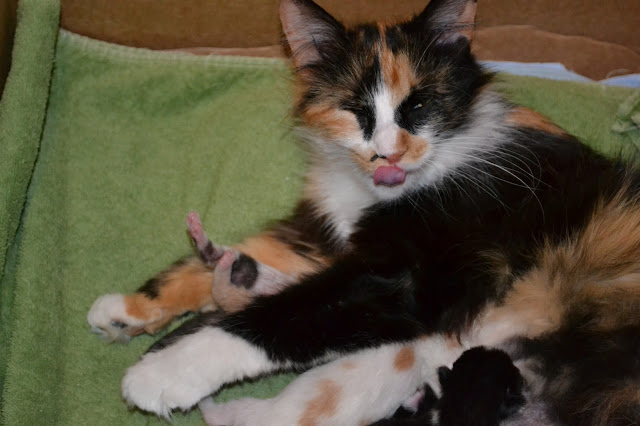 It's been a while, but I hope to be blogging regularly again.  Just been lazy and busy.  My first pregnant cat of the season, Sasha, had five kittens on April 3.  Sasha is a very sweet and friendly cat.  I knew she's be a great mama.  And she is.

The first pictures are a few of the kittens at just over 2 weeks old. 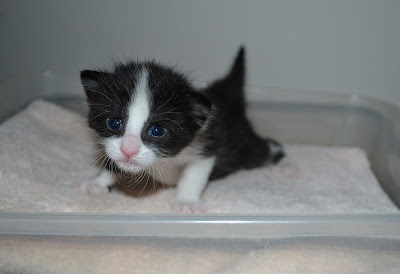 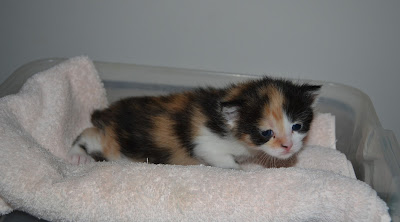 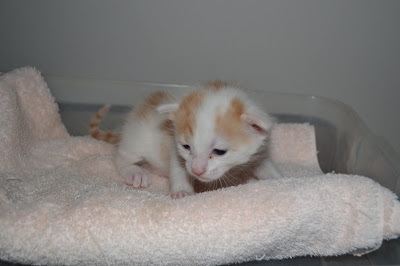 These are of the kittens about 5 days later at 3 weeks old.  Three girls - a gray tabby, a black & white without a blaze, and a calico that looks just like mom.  Two boys are the other black & white (with a white blaze on his face), and the white with tan spots.  No names yet, but my niece, Brooke, gave me a list of about 40 names. 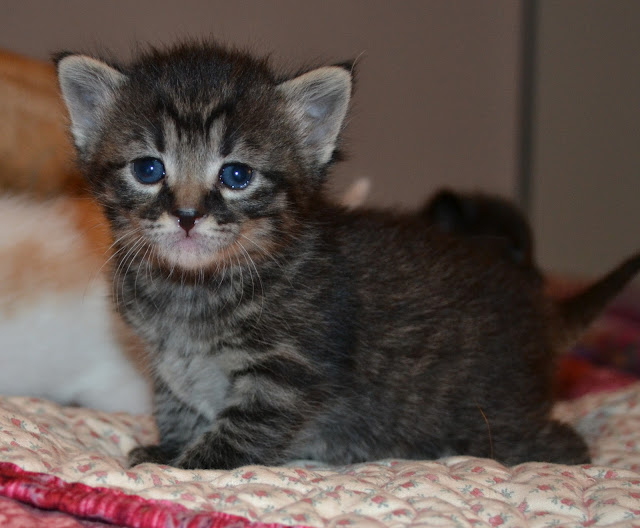 I know moms aren't suppose to have favorites, but I'm a sucker for gray tabbies. Whenever I go in the nursery, she's the first one to try to climb up my pants leg. 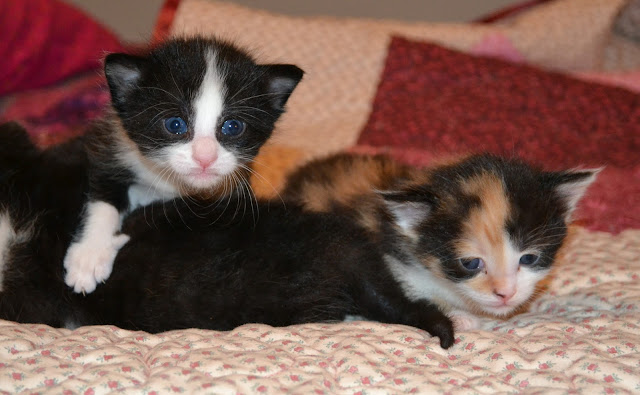 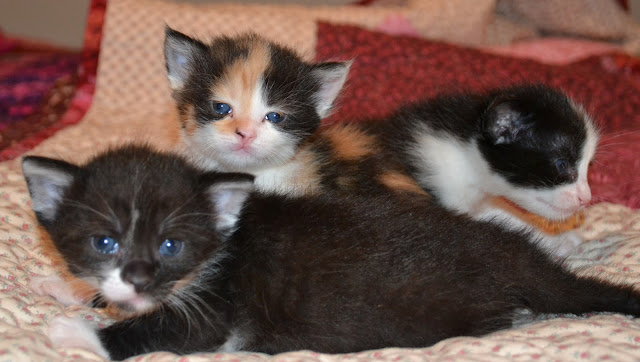 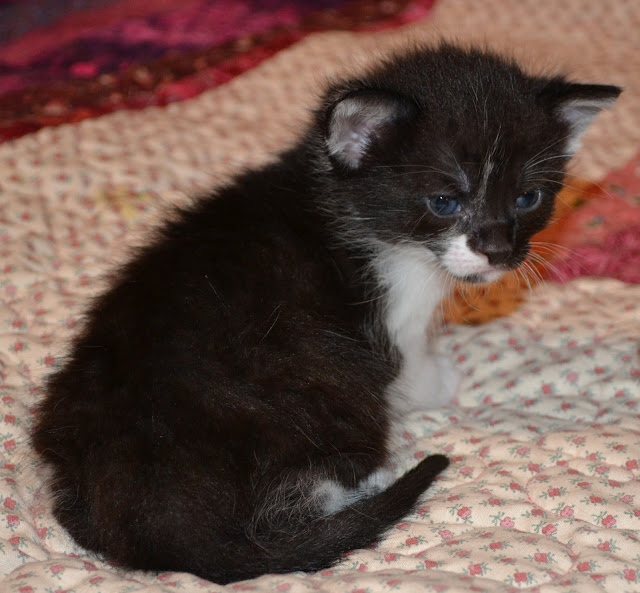 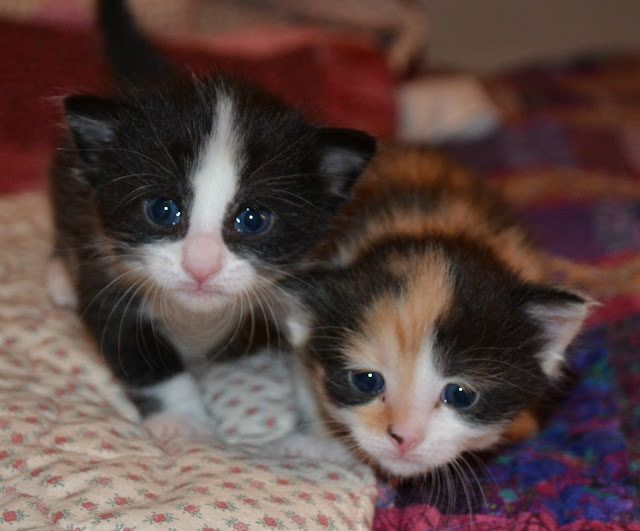 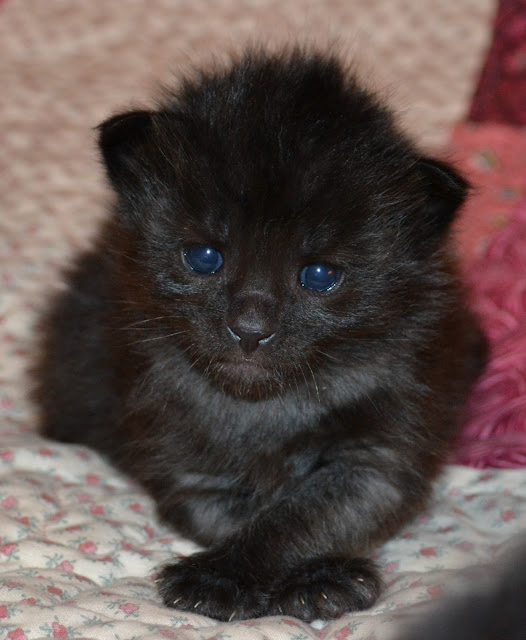 This little girl isn't one of Sasha's litter.  She's the lone survivor of a mama's emergency c-section.  Mama wasn't able to nurse, and Sasha had just had kittens three days earlier, so I took her.  Crystal is named after one of the vet techs at Pet Docs in O'Fallon.  Sasha accepted Crystal immediately and treats her like her own.  Her blue eyes are very blue in person.  I hope they stay that way.

Two more new mamas and their kittens are at my house.  That's the next blog.