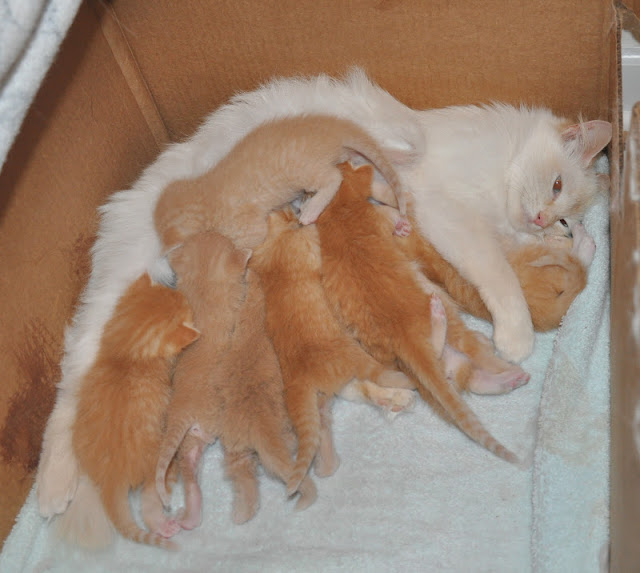 The kittens are 17 days old today and are growing as I watch them.  Elsa is a wonderful mom, but things are getting a little tight at the table.  One of the buffs got tired of fighting for room, so he decided to take the high road and approach from the top. 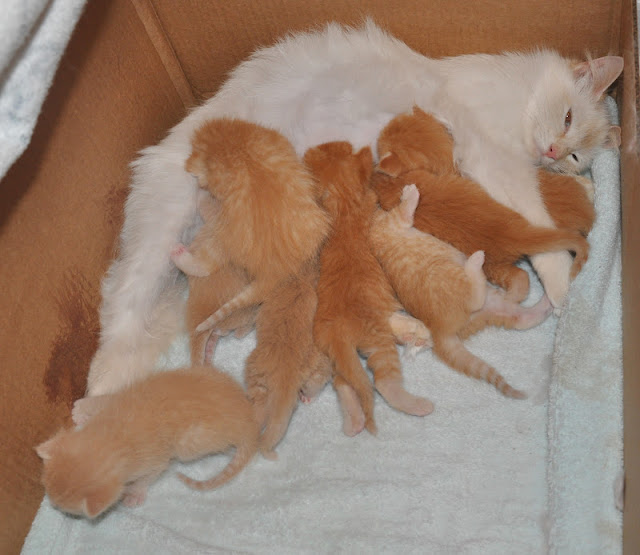 He still couldn't find a spot, so he left to try again later.  So sad. 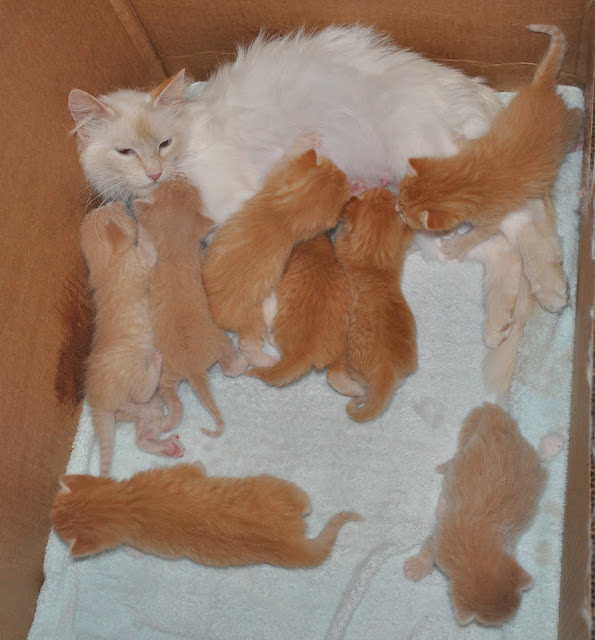 He went back to try again after a few
were finished and off to take a nap. 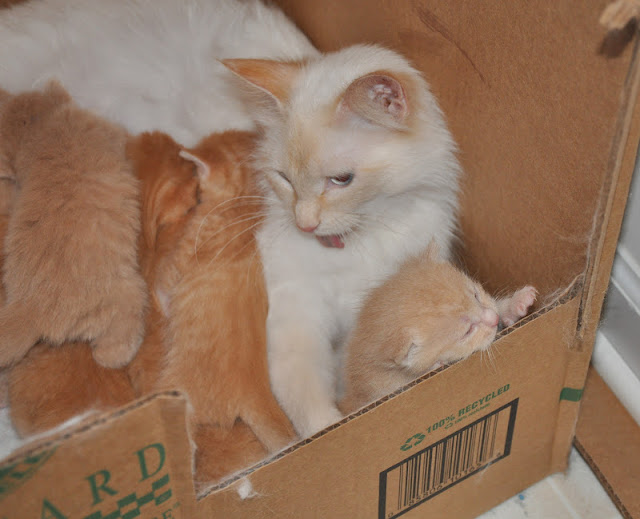 Before Elsa had her kittens, she was so big that her tummy was scraping on the bottom of the doorway cut in the box.  I cut out an additional 2" section and saved it.  I knew I'd need to tape it back fairly soon after the babies were born to keep them in the box.  That day was yesterday when one of the buffs discovered he could stand on his hind legs. 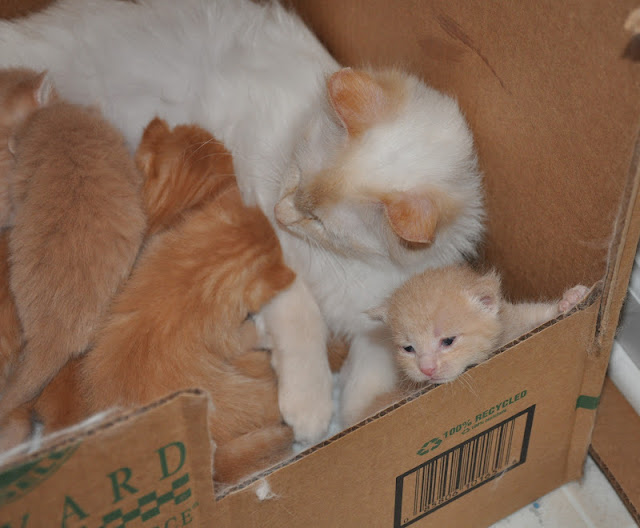 He saw a whole 'nother world. 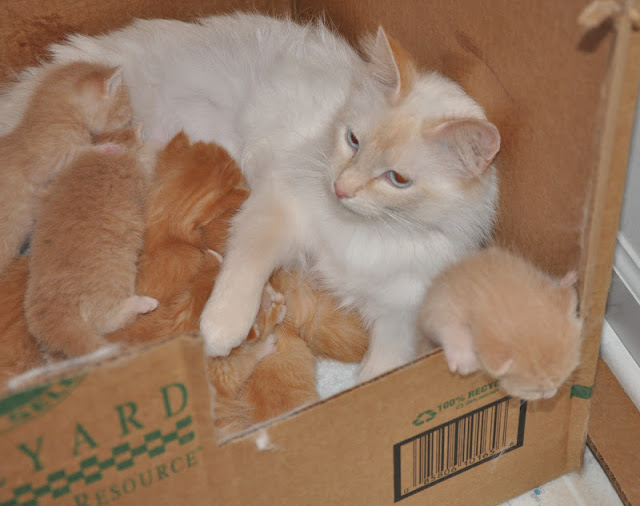 He almost made it out, too. 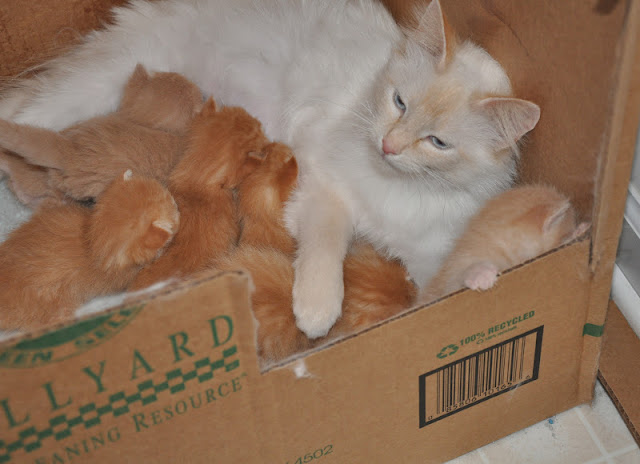 But gave up.  That's when I taped the piece back on and raised the door.  It's the piece laying on the floor to the right of the box.

I have no doubt that if the kitten had gotten any farther over the edge, Elsa would have grabbed him by the neck or back with her teeth and brought him back in the box.  She's tried to do that many times when I've been weighing the kittens.  The first cry and she's right there trying to grab the kitten out of the bowl I weight them in, my hands, or my lap.  She's very protective of her babies.
Posted by Barb's Cats and Quilts at 7:45 PM