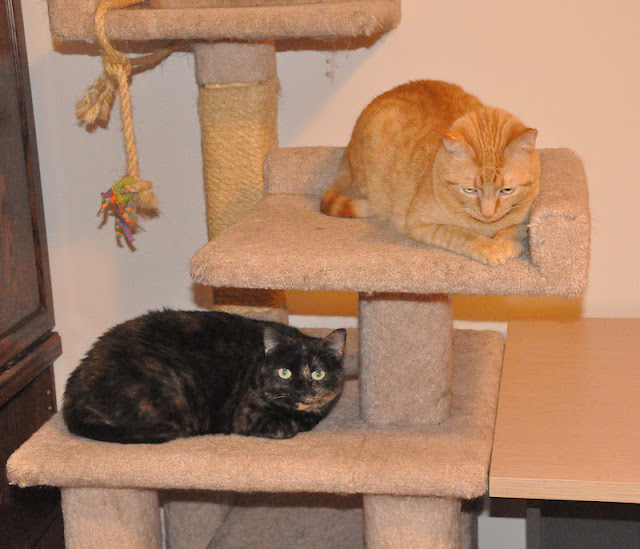 These are my two new fosters, Tasha, a female dark and tan tortie, and Wally, a male orange tabby.  They're siblings and were adopted from Cheri five years ago and were dumped last week at the Chesterfield animal shelter.  Because they have a microchip that was registered to Heartland, we were called.  Cheri is overly filled and I said I would take them.  We have no paperwork from their past five years, but they seem very well taken care of, not thin and neglected.  Tasha is a little shy at first, but after just a few days, she comes over to be petted and leans into my hand for more head rubs.  I can easily pick her up and hold her.

They almost didn't survive kittenhood.  They were dumped on a street in front of a church as kittens.  There were four of them. It was mid winter, the road was icy, and all four kittens were frozen to the street.  One of the kittens was run over and killed because it couldn't move.  The other three were rescued, but when they were picked up, part of their skin and fur came off because it was frozen to the street. They were nursed back to health, and all three were adopted.  That was five years ago.

Wally is more friendly, will jump on my lap for petting and head rubs, and is.....well, Wally's a goofball.  He loves to play - especially with a catnip toy I made.  He's a laid-back, sweet, playful, cuddly boy. 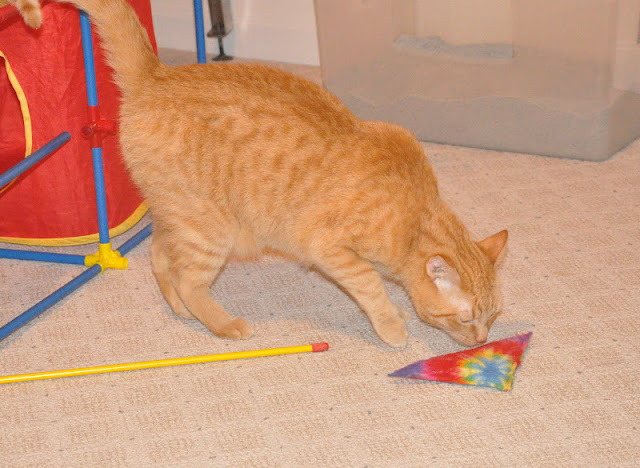 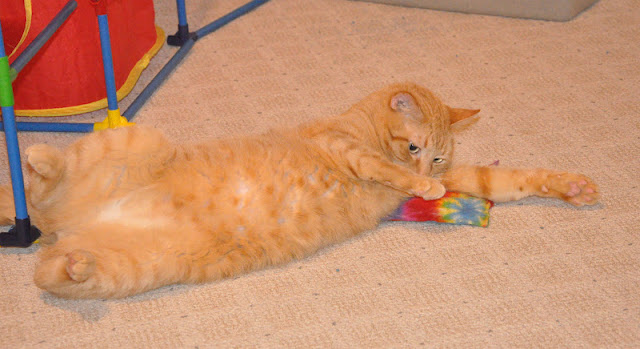 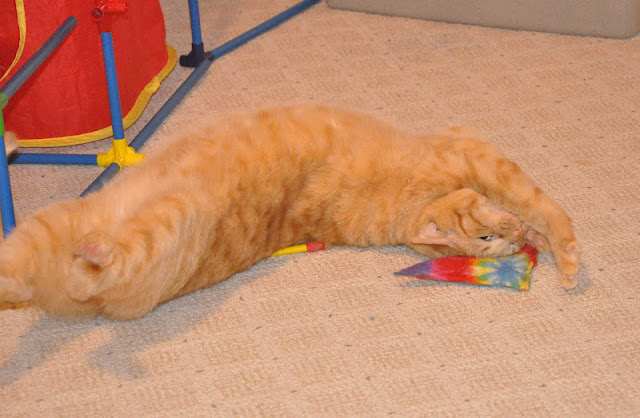 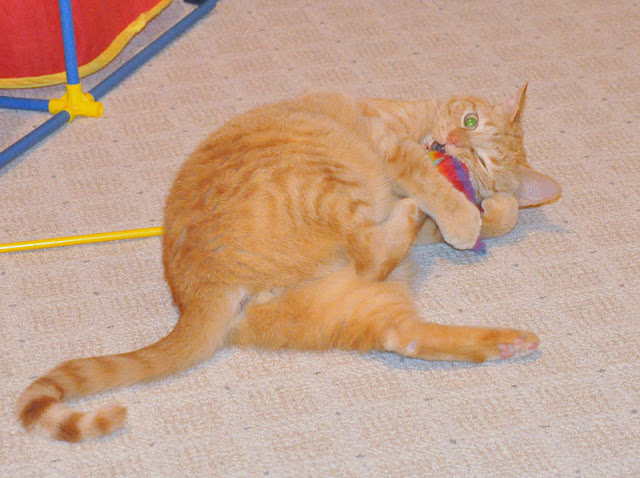 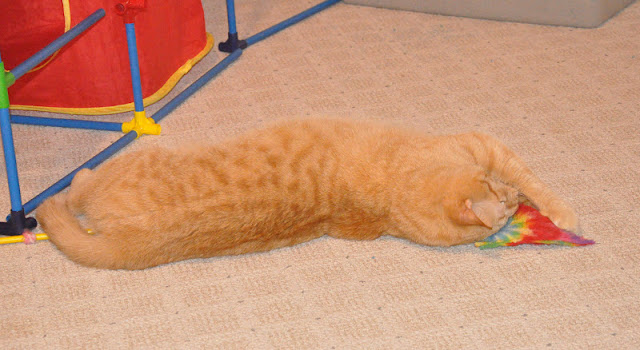 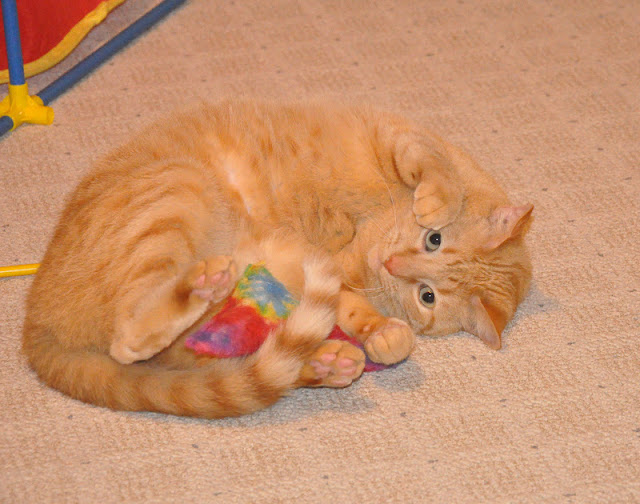 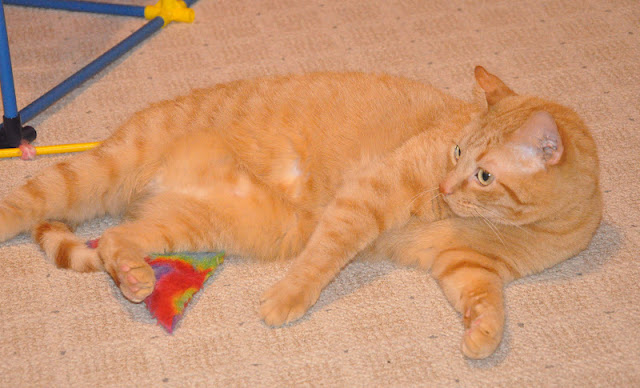 "Okay, that was fun,  Did I do something silly?" 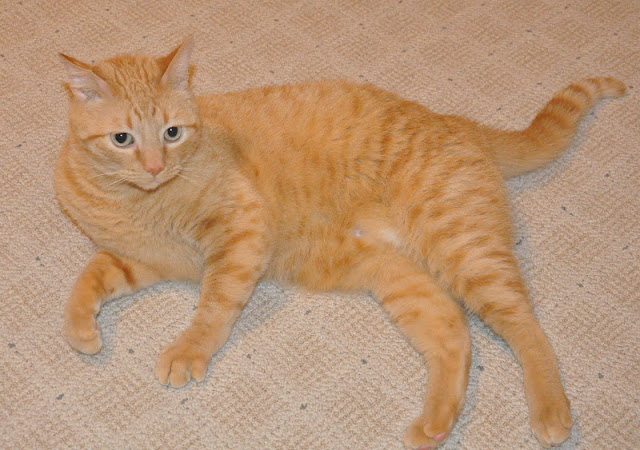 Wally is back to his slightly more dignified self.  Isn't he beautiful? 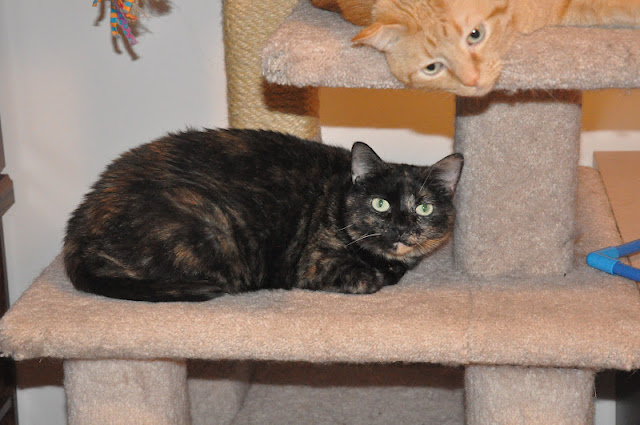 Tasha is a very beautiful cat, too.  I love torties. It's hard to tell if she's black or dark brown with the tan. 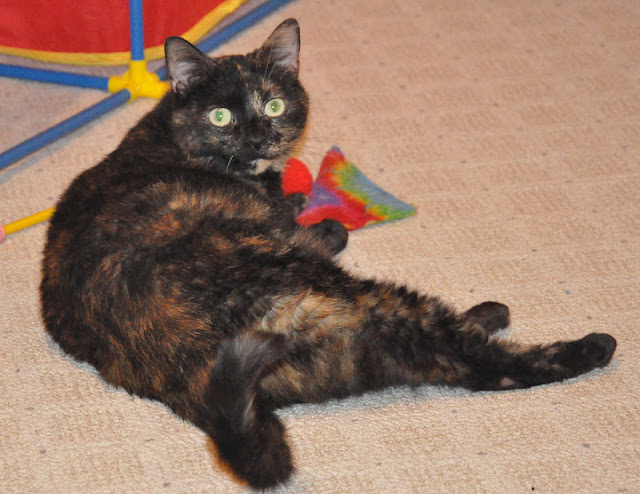 After Wally got done playing with the catnip toy, Tasha tried it, but it didn't do much for her.  Some cats are just not affected by catnip. 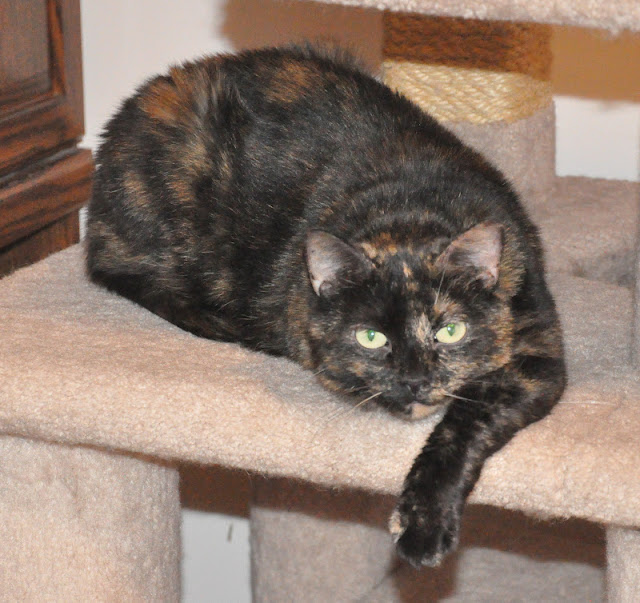 I told Cheri I'd have Wally jumping in my lap by the third night, and Tasha a few nights after.  Wally took two nights.  Tasha will just be a couple more nights.

They've already been spayed and neutered.  We'll have them retested for feline leukemia and aids, and vaccinated in a couple weeks, and then they'll be ready for adoption.
Posted by Barb's Cats and Quilts at 9:45 PM