My mom is 82 and will be moving to an assisted living residence in Chester, IL next month.  She's originally from Randolph county, born in Sparta, moved 10 miles away to Steeleville when she married my dad, and lived there in the same house for 52 years, and raised five children.  Chester is 13 miles from Steeleville.  She moved up here to O'Fallon, MO, 11 years ago after we did to be closer to family.  The closest of her kids lived over an hour away.  I was two hours away.  She sold her house quickly   In a small town, when the word got out that Mary was selling her home, the calls started.  Mom sold her house to someone she knew, Pat, but then, she knew everybody.  I went to school for 12 years with Pat's sister, and mom was good friends with Pat's aunt.

We've bought three houses in 40 years and I've never seen a one-piece-of-paper house sale.  There was no loan involved, so that cut down considerably on the paperwork.  But, still!
.
Mom's always had a piano and played at our grade school when there was a program of some kind.  She never played the organ at church, but played a piano at other places. All us kids took piano lessons from Margaret Bergman. She was the model for the Wicked Witch of the West.  Well, she should have been.  What a horrible person to inflict on children!  We had an intense mutual dislike for each other.  I suffered through four years of lessons with her and shed buckets of tears before mom let me quit. 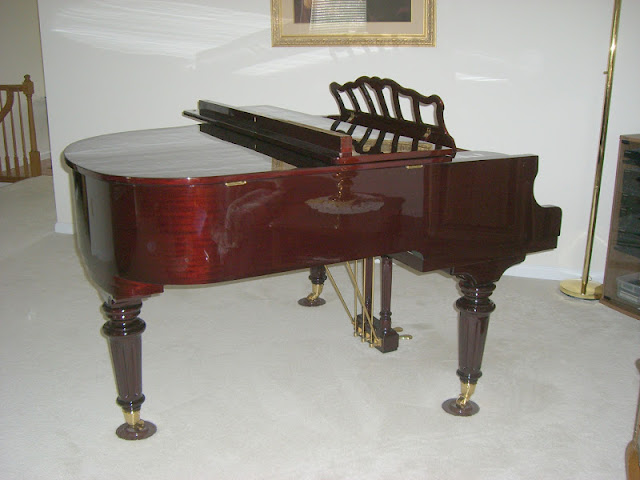 Mom's also always wanted a grand piano.   About 5 years ago she bought one.  Her living room is a long living/dining room combo, so plenty of room for the piano.  It won't fit in her apartment, but she bought an electric piano that sounds like a grand piano. 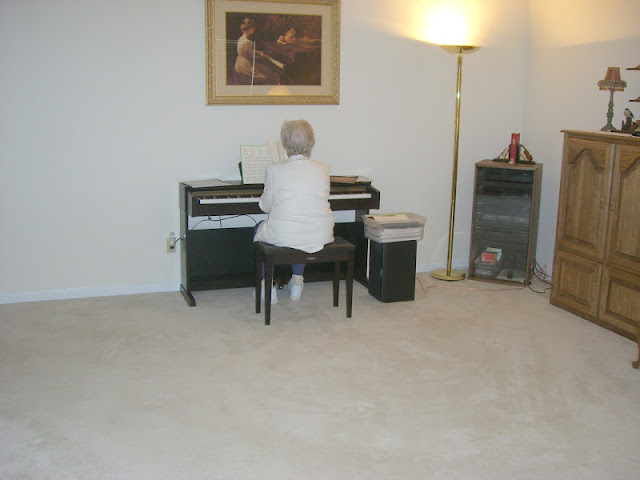 Not nearly as impressive, but the sound is awesome.  I told the salesman she needed something very simple.  It has an on/off button and a volume dial.  There's a few other buttons, but she'll never need or use them.  The piano store she bought it from is selling her grand on consignment at the store.  They brought her new one out and picked the old one up.  They take a big cut for selling it, but it's a big headache I don't have to deal with. 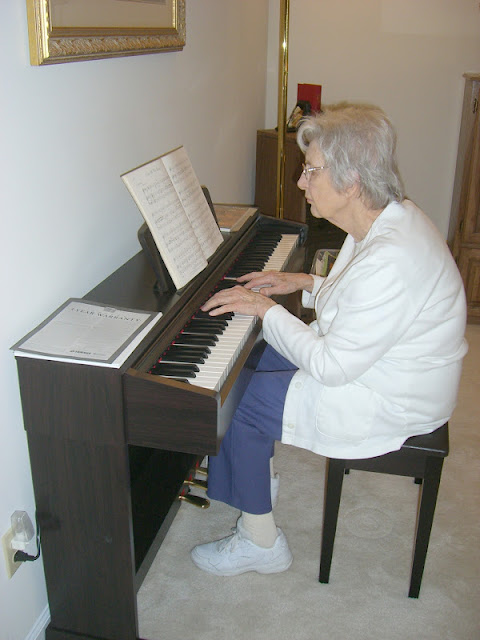 Mom plays every day.  Her Elvis song book is one of her favorites, but Hunk O' Burning Love does lose a little something in the translation.
Posted by Barb's Cats and Quilts at 7:39 PM