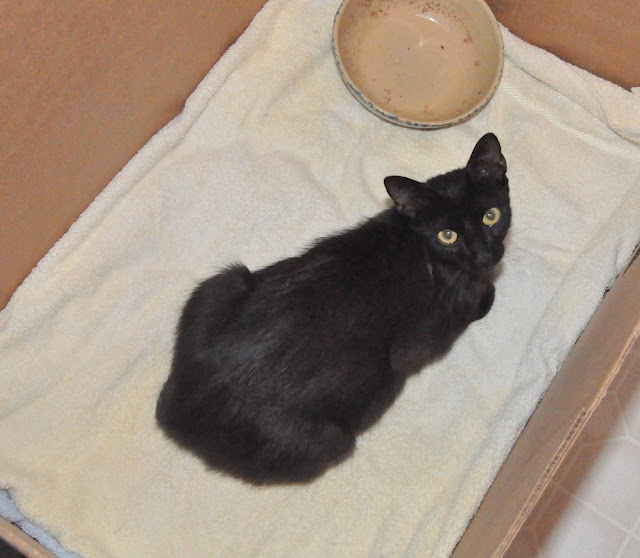 Barb, a lady who adopted a cat from me, had a feral black cat in her neighborhood who'd been hanging around for many months, but they couldn't catch it - until yesterday.  They brought her over last night.  Although Barb had given her several cans of food, the cat was very thin - except for her tummy.  The cat was very pregnant.  I booted the two gray boys out of the nursery closet and into the bedroom with Bridgette and Mia so Delcy could have a quiet, cool place to get accustomed to being in a house.  She was hot and panting.  After half a can of food and a 30 degree temperature change, she was doing fine.  She let us pet her and even leaned her head into my hand when I petted her. 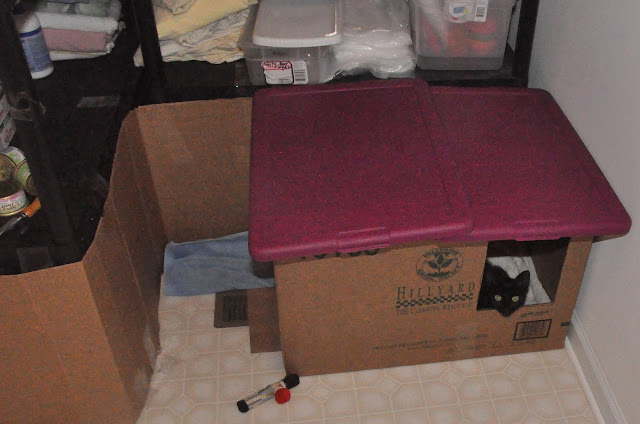 A trip to the vet today showed she was negative for leukemia and aids and had a negative fecal, too.  Yea!  An x-ray showed she has four babies, and one's head is positioned down and headed for the birth canal.  Delivery will probably be within the week.  Originally, I thought she had a couple weeks to go, but I'm used to seeing cats with 5 and 6 kittens, and they look like they're going to pop.  Delcy just looks pregnant.  I came home and got her birthing box ready, and taped the box and cardboard so she can't get to the bottom selves and have her babies somewhere I can't see.  In addition to no-grain dry food, I'm giving her canned food mixed with kitten formula.  She needs lots of calories to grow and feed these babies, and she hasn't been getting it fending for herself in the wild. 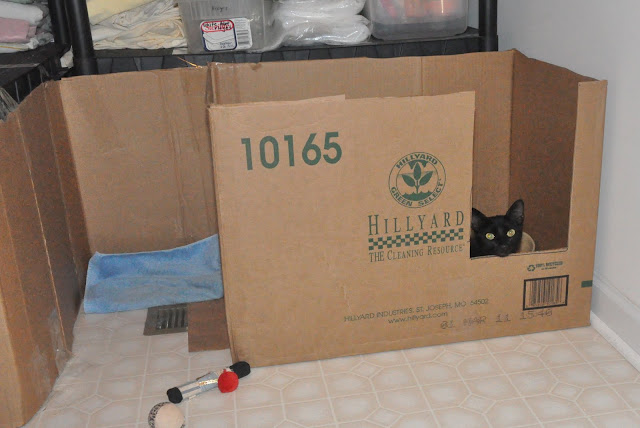 I cut the top of the box off and replace it with two plastic tub lids.  I can easily remove them to clean the box and take pictures.  The tubs are used as litter boxes. 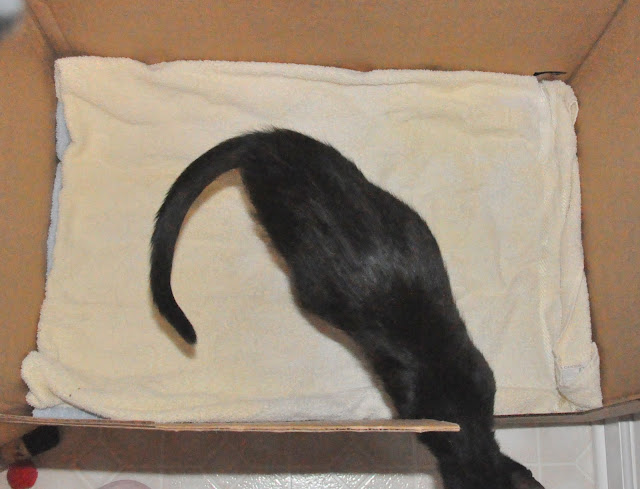 This is Delcy from the top.  She's not very wide for an almost full-term cat, but there are only four kittens in there.
Posted by Barb's Cats and Quilts at 9:49 PM