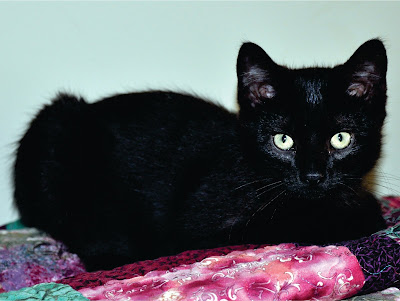 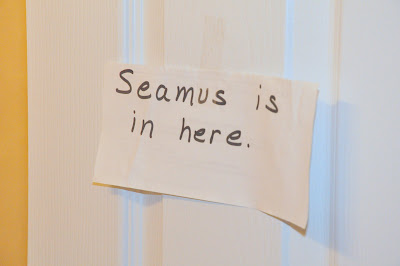 My little Irish lad, Seamus (pronounced Shay-mus) was a tiny black kitten when I got him over a year ago.  He was adopted out for a year and returned to me last week because his family was moving to California and didn't want to take him with them.  That's fine, I'd rather have him with me than with a family that isn't going to love him enough to keep him.  Our policy is to keep new animals quarantined for a couple weeks to make sure they don't have any communicable diseases.  More important for animals taken from the outdoors than for family pets.

I'm so overrun with fosters, the only place in my house to stuff another cat was the hall bathroom, so I put Seamus in there with food, water, litter box, a nightlight, and a bed.  I even put a note on the door to remind John to keep the door closed. 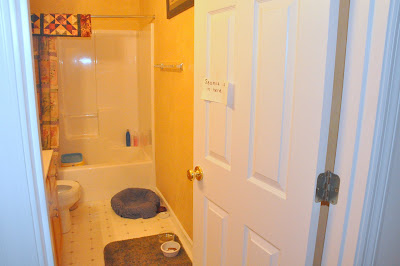 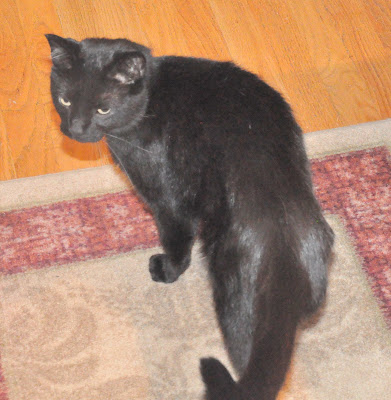 The third day he was here, I went down the hall and saw that the bathroom door was wide open.  OMG!  The other cats loose in the house don't know him!  He doesn't know the other cats! We're supposed to introduce cats slowly, with several steps involved. My own cats, Buster and Xena, aren't exactly the most welcoming cats in the world.  I had no idea how long he'd been out, but it had to be over an hour.  I'd heard no yowls, cries or hisses.  There were no tufts of hair on the carpet.


I found Seamus walking around downstairs in the family room like he owned the place.  None of the other cats were paying any attention to him.  It was like he'd been here forever. 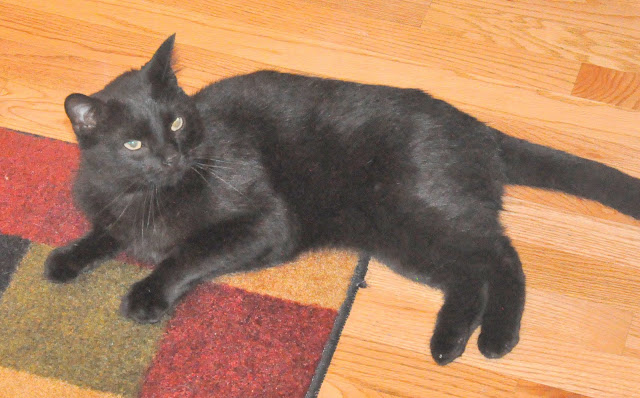 So, my newest foster cat, Seamus, is already like member of the family.