A nice lady from Troy, Megan, found two kittens under her porch. She called Heartland for help and I responded.  I picked up two little gray males yesterday afternoon about 8 or 9 weeks old.  They were covered in fleas, which is why I take a supply box with me to pick ups.  I sprayed them both with Frontline and gave them two dewormers.  The ear cleaning waited till we got home.  A stop by the vet showed them negative for leukemia and aids, and their fecals were also negative. Yea!  It was too hot to leave them in a crate in the garage while the flea meds worked, so I put the crate with food, water, and litter box in the laundry room and closed the door.  Two hours later, I combed and combed and picked and combed some more.  I only found one flea still alive, and he was struggling.  These poor kittens put up with me so well getting all the fleas off.  I found the washing machine made a good table.  The fleas showed up very well on the white.  The kittens look very much alike, but one is a little bigger and a little darker than the other. And neither one would look at the camera when they were together in the bed. 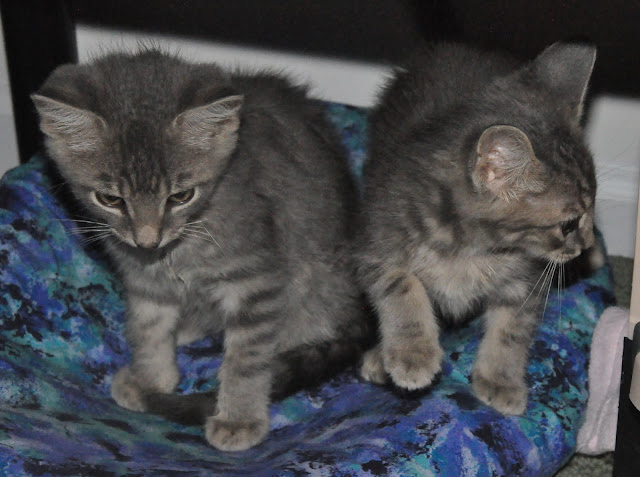 I think this is the bigger darker one. 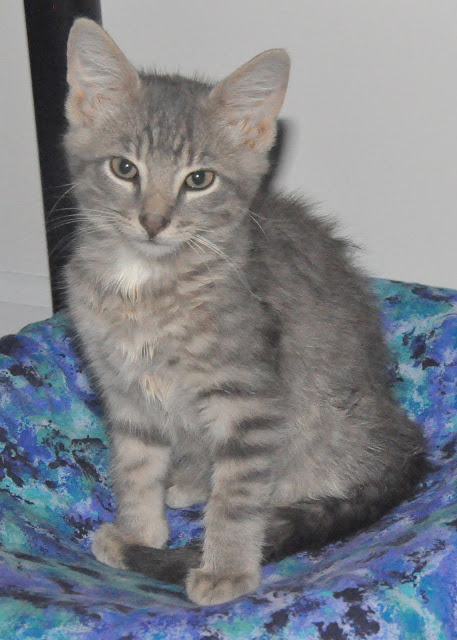 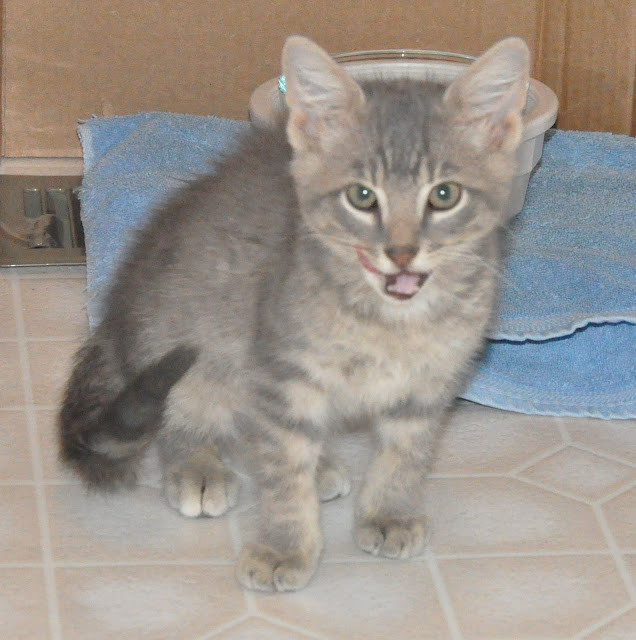 And, I think this is the smaller lighter one.  Aren't they gorgeous?  He's licking his lips after eating some canned food.  They're both just as cute as they can be.  They're quarantined in the nursery for a couple weeks and should be able to get their neuter package and shots in a week or so. Then, they'll be ready for adoption.
Posted by Barb's Cats and Quilts at 12:26 AM